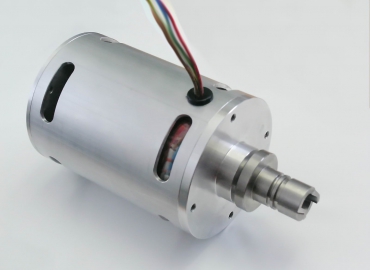 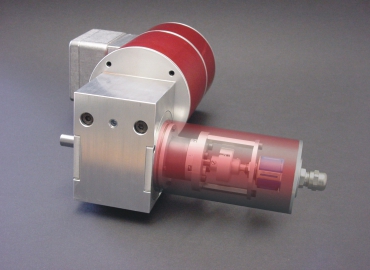 Three-phase motors have the following advantages:

(*1) All three-phase motors are available for special voltages and for almost any corner frequencies (in frequency converter operation).
(*2) only 3 x 230V possible

The starting torque is far above the rated torque. A pronounced tilting moment as in the single-phase motor does not occur in the above three-phase motors practically.

For short-time operation (S2 mode) and intermittent operation (S3 mode), the motors can also be supplied with significantly higher power and torque values. This makes it possible to produce motors in the power range from 1 to approx. 600 watts.

The three-phase motors have a closed housing and achieve protection IP40 to IP54 (depending on the version) without further measures. Higher degrees of protection up to IP65 can be manufactured on request.

When operating standard three-phase motors on the frequency converter, a restricted usable speed range is obtained, in addition, insulation problems can occur. Special converter motors with adapted base frequencies and improved insulation, on the other hand, can be optimized for the respective application.

Due to the voltage adjustment by the inverter, practically the full torque MN can be taken out until the base frequency fEck is reached. At higher frequencies (f> fEck), the motor is in field weakening mode, its torque decreasing with increasing frequency. Dematek motors can be produced in principle with any base frequencies. At frequencies above 200 Hz, however, strongly increasing core losses occur in the iron core, which may require separate cooling measures during continuous operation (S1 operation). In the 'slightly' drives (D4240, D5040, D5060), this effect is less pronounced, which can therefore be interpreted particularly high-revving.

Example: Comparison of 2- and 4-pole motors with the same idling speed (values from the diagram above).

In this example, idle speeds of approximately 1000 rpm were assumed for both engines. The 4-pole motor achieves a rated speed of approx. 840 / min under load with rated load MN, while the speed of the 2-pole motor already drops to approx. 700 / min at this load. In this case, therefore, a 4-pole motor is preferable. Two-pole drives are often at an advantage at speeds of more than 3000 / min, because they require a significantly lower inverter frequency.